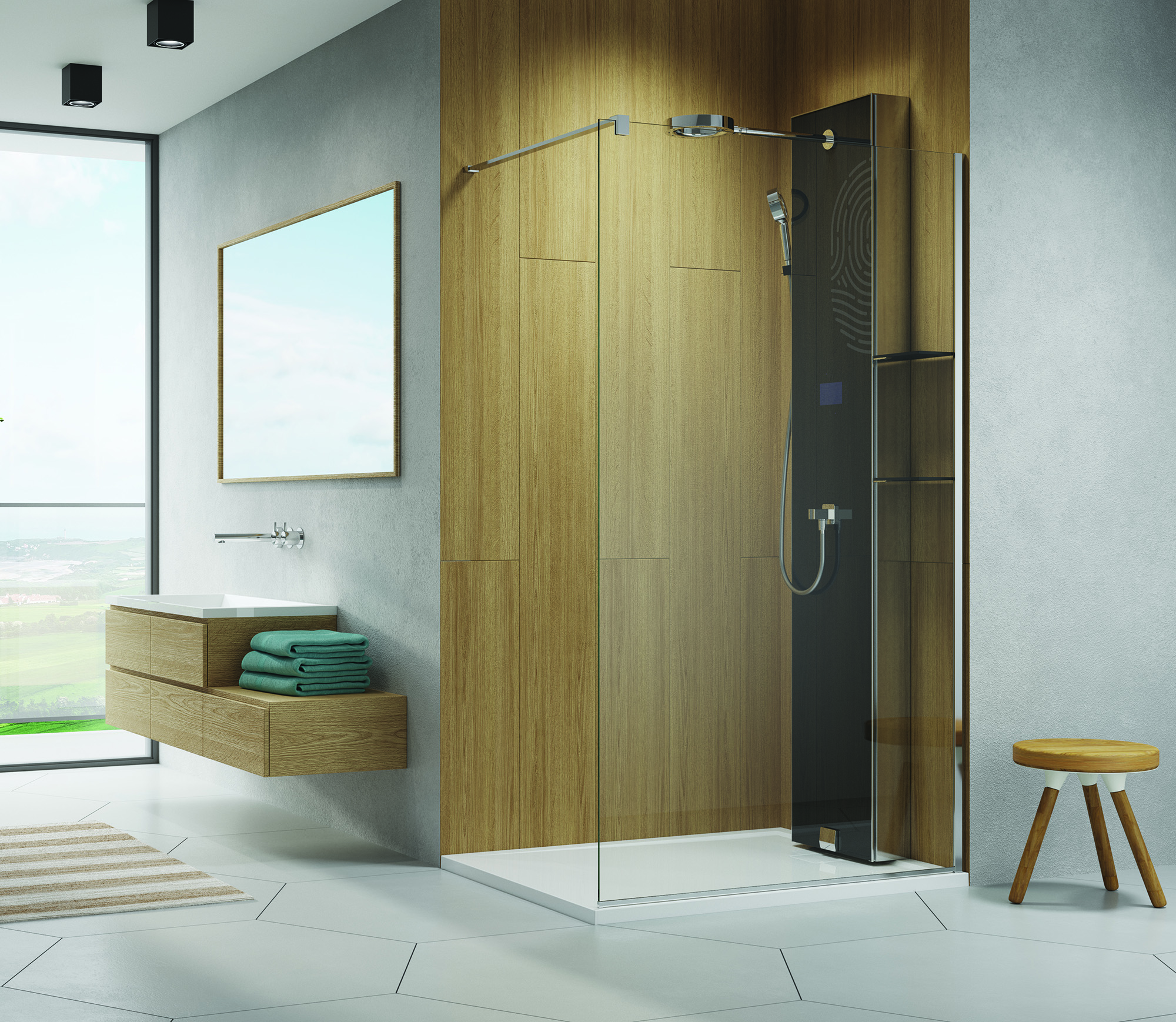 Every week, "La Tribune" shines a spotlight on a little-known nugget of French Tech. This week, InMan. Launched in 2016, this Alsatian startup is developing an electronic mixer to reduce water waste in the shower. InMan has devised a system to obtain the right temperature and optimal flow from the first drops.

Run the water in the shower for long minutes before getting the ideal temperature? A nonsense for InMan. Launched in 2016 in Wingersheim, near Strasbourg, the start-up develops an electronic mixer to obtain the desired temperature and flow from the first drops.

"On average, it takes between 20 and 30 seconds to get hot water with a traditional system, that's as many litres of drinking water wasted!" says Gilles Chantelot, co-founder of InMan alongside Cédric Arbogast. "So we wanted to optimize water consumption in habitats to reduce waste, and to do that, we had to innovate technically in showers and sinks."
It took two years of research and development before this electronic mixer, called InSens, could patent. "Our system replaces the traditional mechanical faucet. All orders are operated from a digital slab," says the co-founder.

In practical terms, sensors built into the digital slab detect a person entering the shower. The interface lights up and asks for the desired temperature of half a degree. The user must then wait between 15 and 30 seconds - without the water flowing - for the temperature to adjust. Once the water is heated, the mixer will report it to the user, who can then operate the shower whenever he wants.

Reducing water flow
This mixer is accompanied by a standard tank with a capacity of 8 liters, which can be calibrated from 5 to 16 liters. "The tank fills up thanks to the hot water that becomes cold between uses. This is the water that passes between the hot water balloon and the shower: the further away the balloon is, the more there is normally a loss," explains Gilles Chantelot. "This water recovery will allow for mixed water. In theory, 38-degree water results from water heated to 55 degrees by a hot water balloon and then cooled by water from the networks. Instead of using water from the networks, our system uses the reservoir." When the latter empties during a shower a little long, then the system automatically switches to the water of the network, without the user noticing.

Beyond simply adjusting the temperature, InSens also allows you to choose the optimal flow of water. "By default, the normal flow is 8 litres per minute. It can be configured by the user from 5 liters per minute up to 10 liters per minute, to make shampoos with long hair for example," explains the co-founder.

Sensors built into the interface can also detect a person's recoil in the shower - typically, to soap - in order to stop or decrease the flow of water according to consumption habits.

"We want to reduce water consumption without affecting the user's comfort", explains Gilles Chantelot, before encrypting: "InMan reduces the volume of water consumed in the shower by up to 70%, depending on the settings"

In total, a family of four saves on average between 350 and 400 euros per year on its water and energy bill, according to the Alsatian start-up. Because each member of the family can record their own settings in the mixer. Just select your profile once in the shower to find your preferences. "We are developing an app to be able to record its settings from a smartphone," says Gilles Chantelot.

However, the user must agree to share his data in a moment as intimate as the shower... "There is a reluctance around data transmission, but this is a specifically French issue," the co-founder said. "InMan uses only the data collected to understand water consumption and be able to innovate technically. All data is anonymized and stored on servers in Alsace."

InSens has been in the pre-marketing phase since October 2019, with an official market launch in March 2020. "Our product as such is intended for France, or even neighbouring countries. To attack the international in the long term, we rely more on white-label and co-branding mechanisms with the major players in the faucet industry," explains Gilles Chantelot.

The price, which is still under consideration, is expected to be around 2,800 euros.

"Our product is high-end. That's why we have a strong pull on professionals, such as the hospitality industry, who see two advantages: offering a user experience and getting a return on investment,"says the co-founder. "We are also targeting eco-conscious CSP families."

A fundraising project by 2021

The startup, which is not yet profitable, does not disclose its turnover. Currently made up of its two co-founders, InMan hopes to recruit three additional employees this year. The Alsatian company already has new projects in the pipes: it wants to replicate its system on sinks, sinks and bathtubs by the end of the year. Still in 2020, it hopes to obtain the first prototypes of a "phased hot water production system". "90% of the hot water consumed in a house comes from the shower. That's why it can act as a pilot for smart hot water production," says the co-founder.

"Currently, the production of hot water in France is rather static: every night, the same volume of water is warmed regardless of the occupancy rate of the house. However, in a habitat, 30% of energy consumption is used for water production - so there is a lot of loss," he points out.

InMan therefore wants to use the data collected in the shower to deduce the occupancy rate and identify recurrent uses. "For example, we will be able to deduce that in a house, children simply come home on weekends and our system will produce only the necessary volume of water,"says Gilles Chantelot. To grow, the start-up plans to raise 1.5 million euros by 2021.